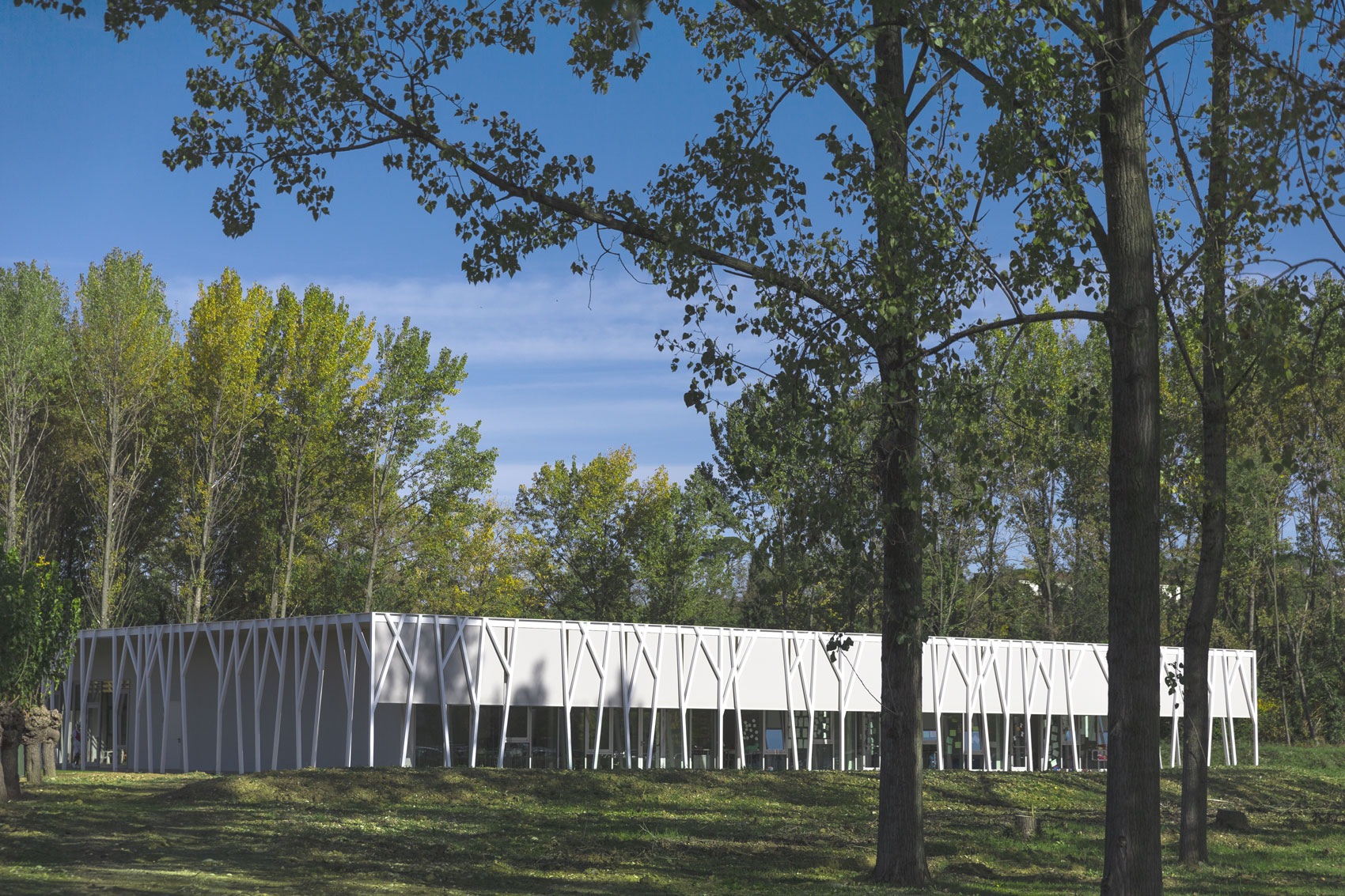 Danieli & C. Officine Meccaniche is an Italian multinational that is a world leader in the production of equipment and physical plants for the metal industry. The owners’ idea is to create a campus for the children of the company’s employees in a large park just a short distance from their workplace. The crèche and nursery school already exist and a primary school has just been completed to a design by Marco Zito + Made Associati (Michela De Poli and Adriano Marangon), while this initiative is part of a broader vision of growth for the campus. This project has been developed through a close connection with the surrounding context: a park with poplar trees. The relationship with this natural space moulds every aspect of the intervention, from its articulation to the arrangement of the spaces and their visual permeability. Connected to the existing crèche, the primary school, with a C-shaped plan that embraces the landscape, is ringed by a three-metre-deep external portico and defined by a continuous “strip” that reproduces the silhouettes of the trees. As Michela De Poli explains: “The philosophy of our work resides in the search for a balance between nature and artifice.

At Buttrio it was necessary to ‘come to an arrangement’ between the poplar wood and the small pupils of the school. The device used to mediate between them is derived from the children’s custom of folding a piece of paper several times and then cutting it along the lines of a shape drawn in advance. The most common result of this is a row of paper children holding hands. In the case of this school the design of the ‘garland’ running round it is a stylized echo of the trees in the poplar wood, made of white-painted steel.” In addition, the white “mane” created by the slender reproductions of these trees seems to dematerialize and almost dissolve the school building. Outside the portico, which allows the children to enjoy the surroundings while remaining under cover, are two open spaces, one for play, with the other given over to an educational kitchen garden. The interiors are also conceived in such a way that the park remains visible at all times, through glass walls that let in natural light. As Zito concludes, “On the inside the themes are those of fluidity of the spaces and visual permeability, to favour orientation and a continual interaction with the landscape.” 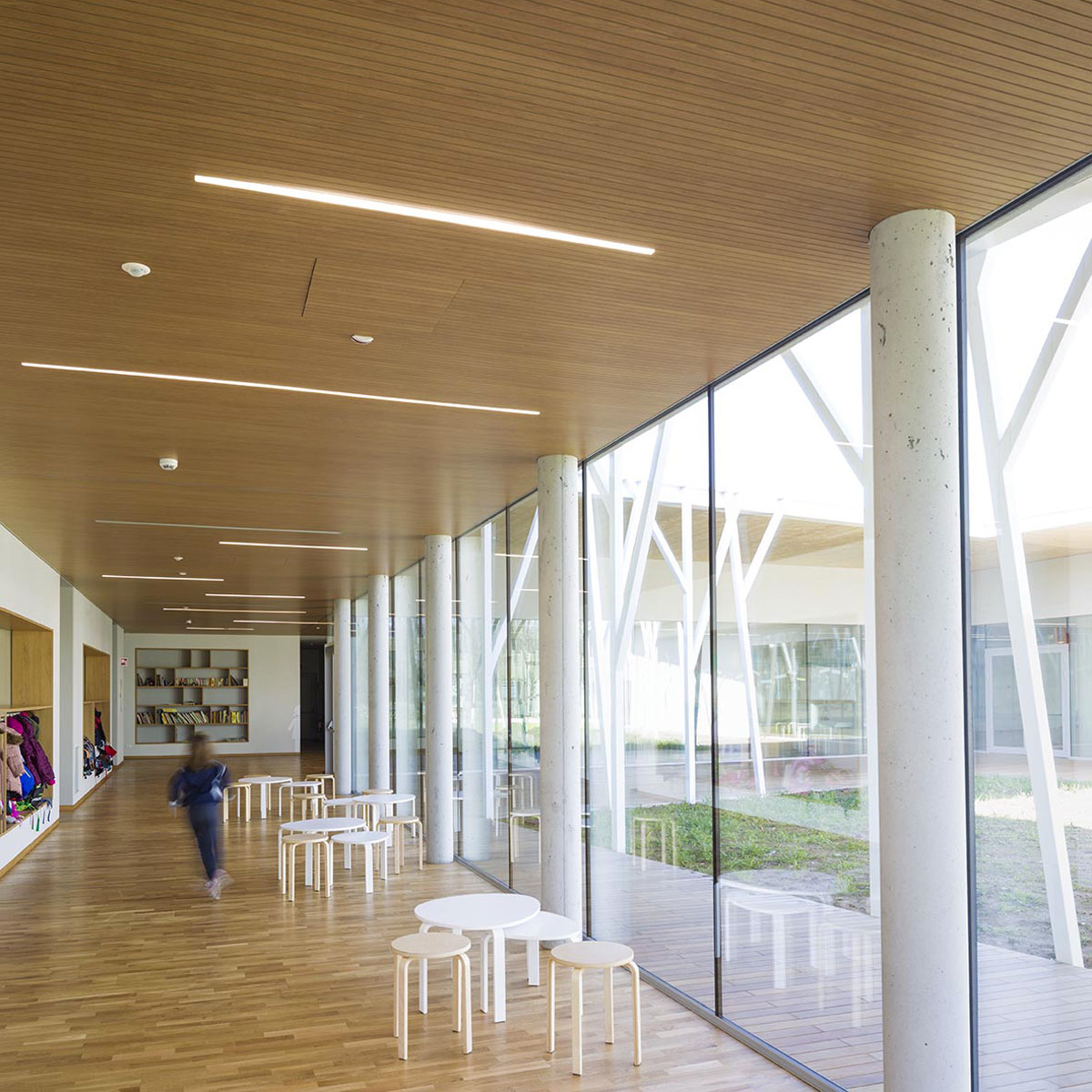 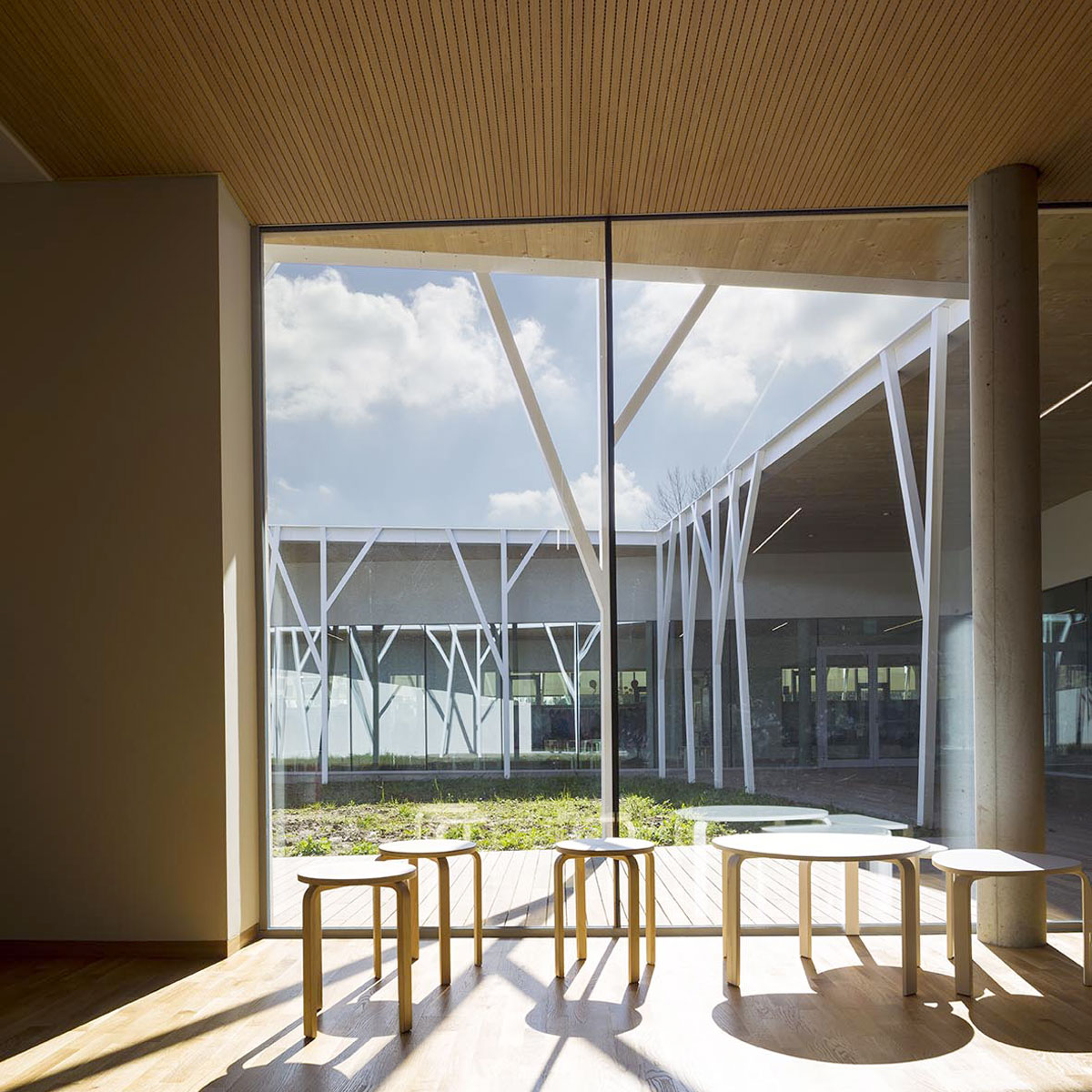 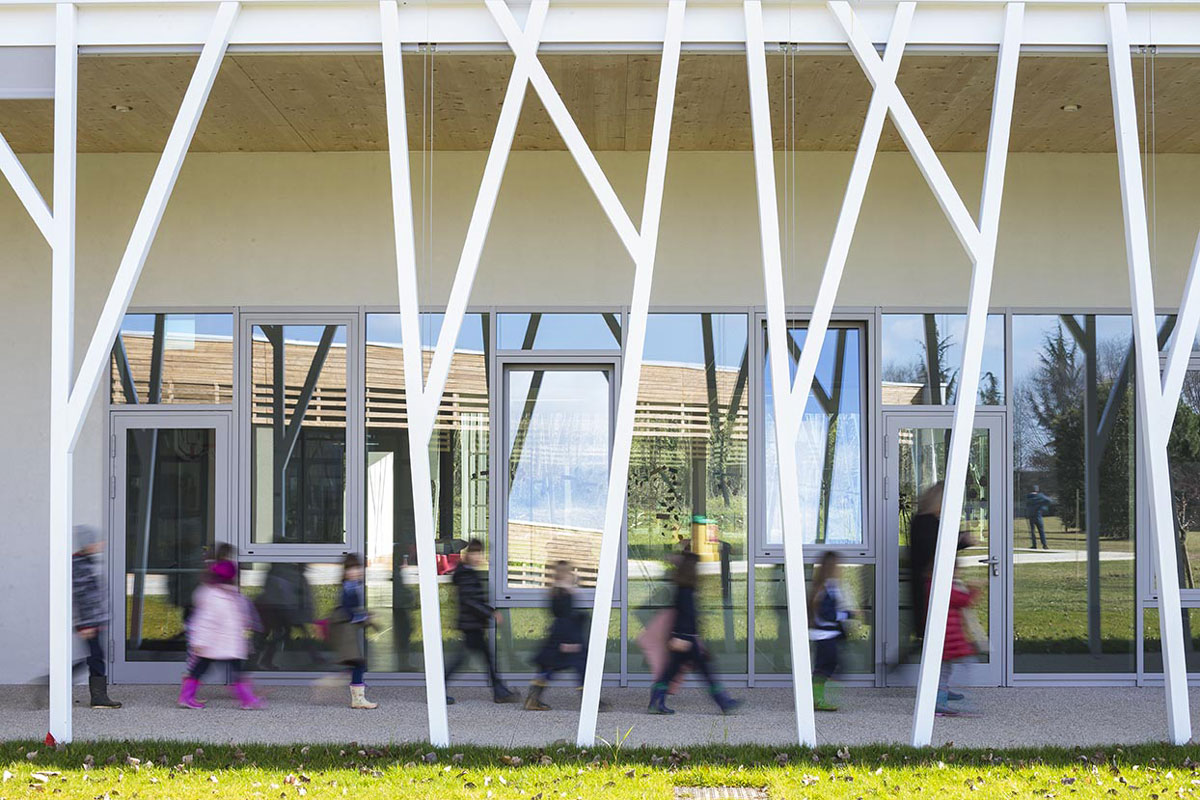 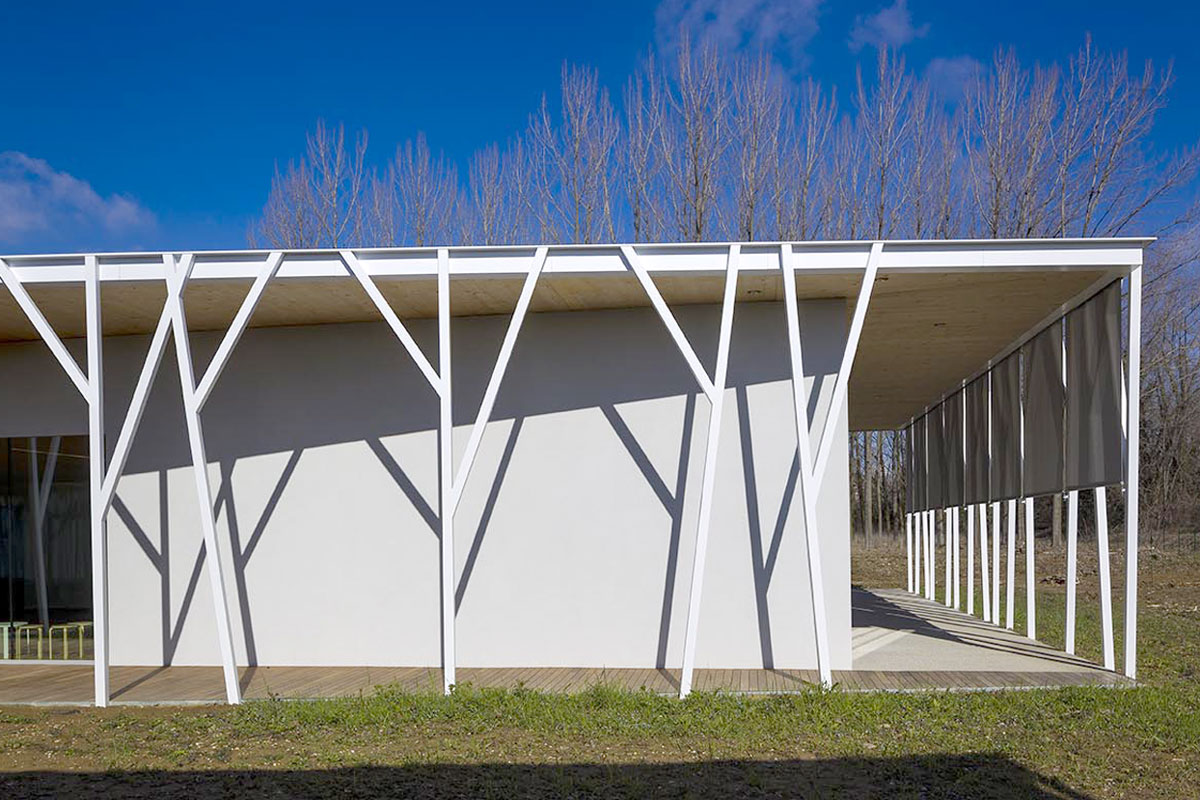 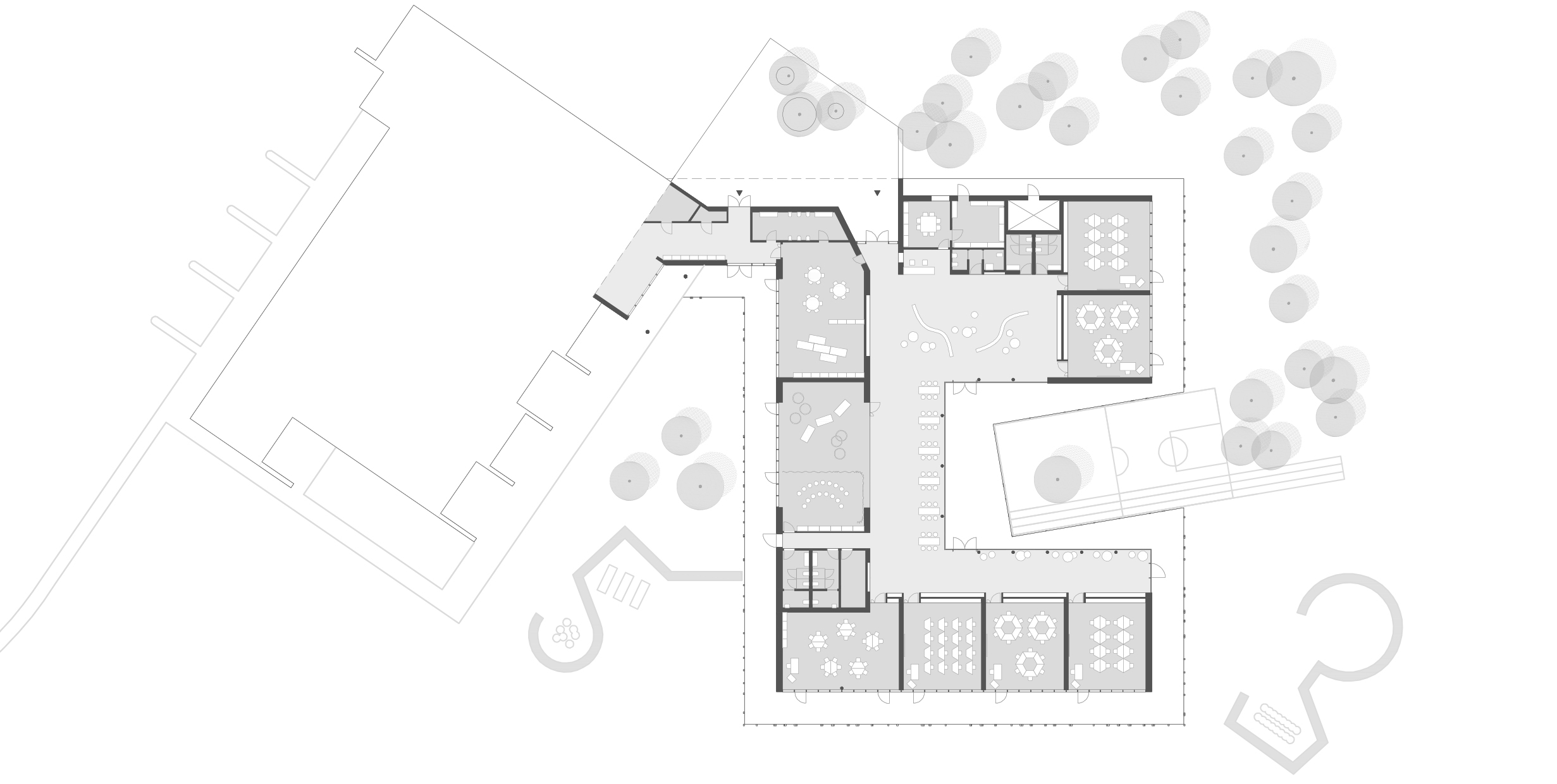 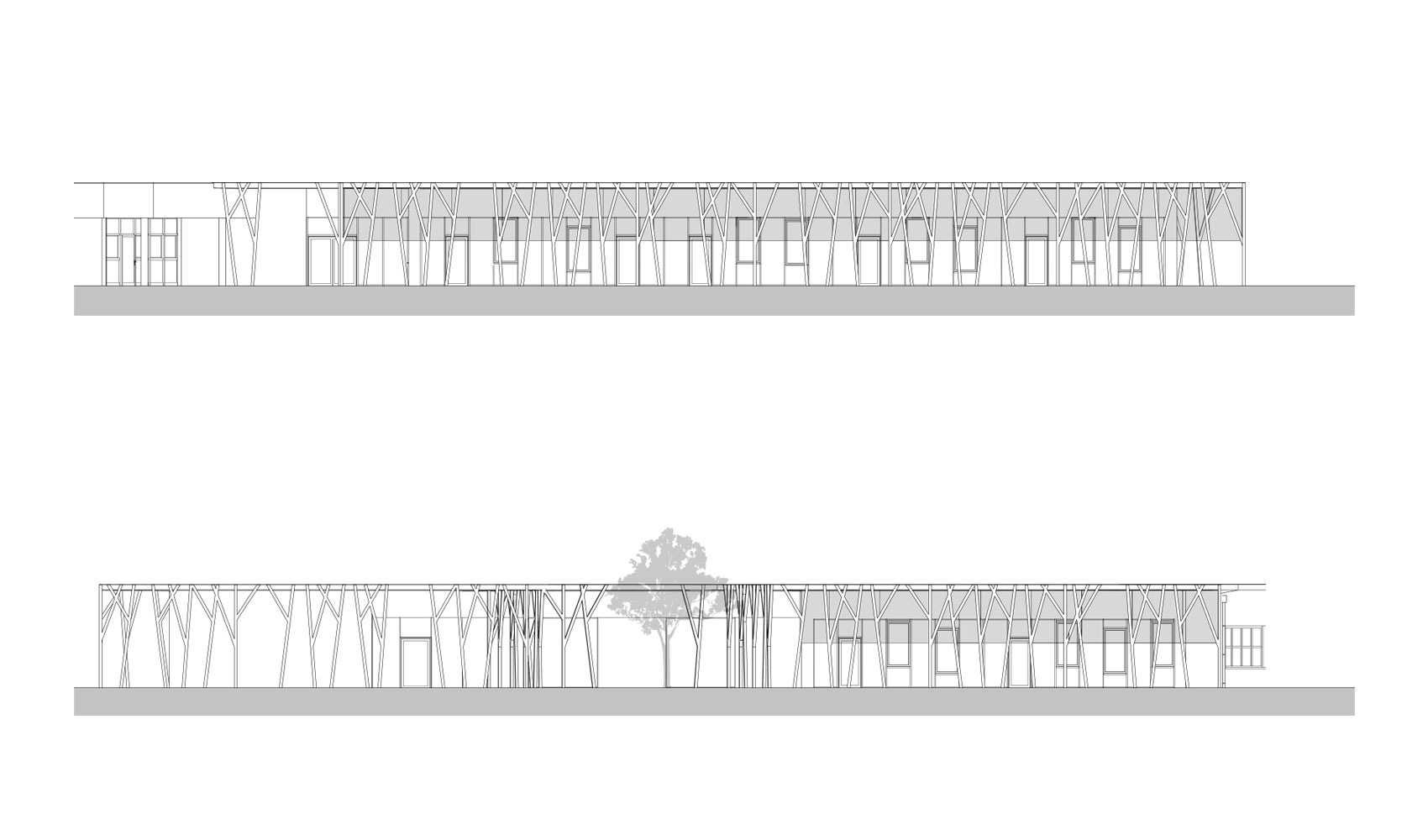 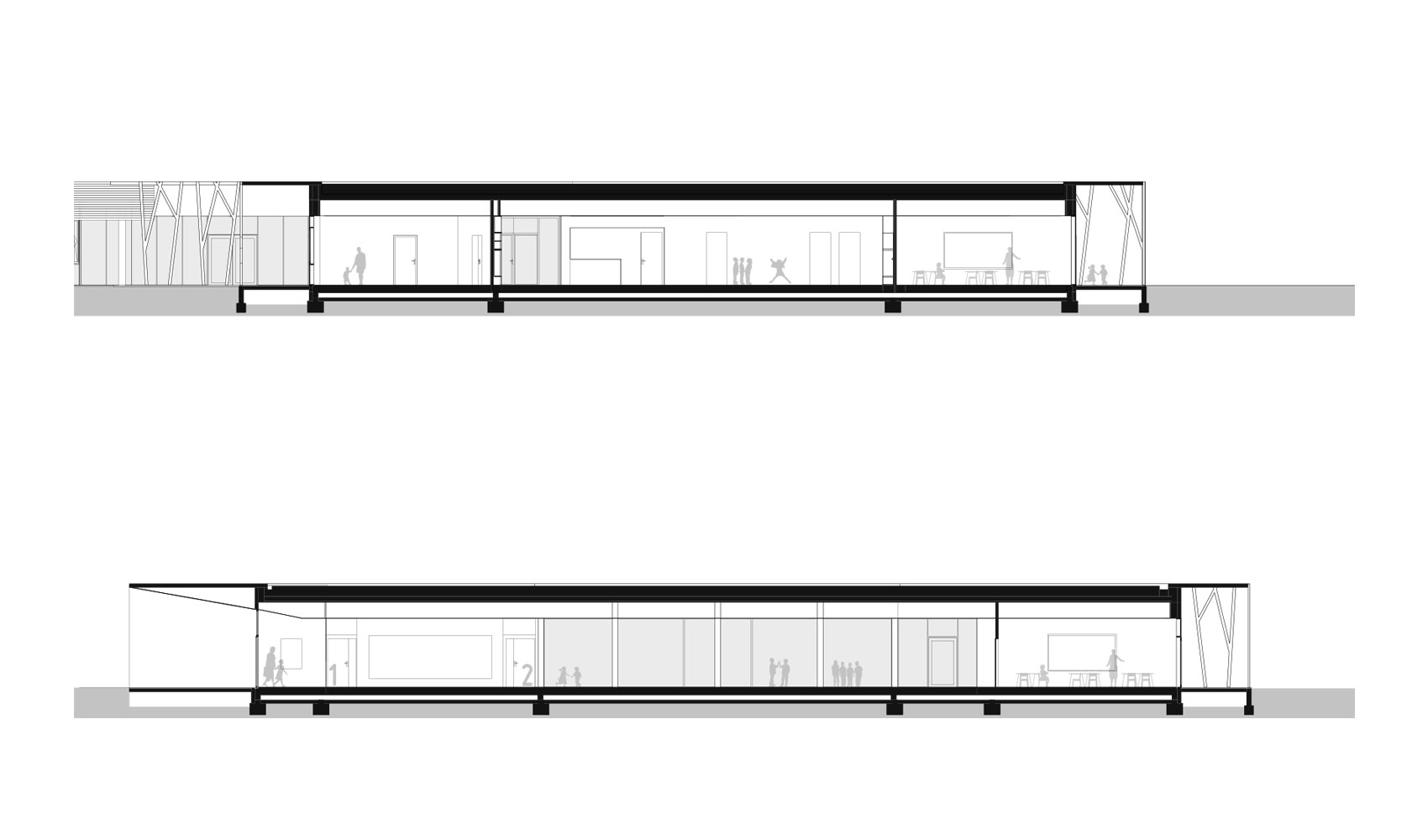